You have a group of people gathered every week or every month, but for some reason you have some real mental blocks and haven’t begun to ask for money. It makes your heart palpitate just thinking about it, I bet.

I see you. It’s okay, we’ll get through this together – you can and will be able to ask for money at some point in your ministry journey. I want to help you overcome your mental blocks and start asking for money in a way that feels authentic and aligned with your style and values.

But first, before we explore “why” you aren’t talking about giving (and believe me, I have some insights to share about that), let’s sit with the feelings that are coming up. Consider grabbing a journal for this one.

When you think about asking people to give money, where do you feel most strongly in your body?
What kinds of feelings does the “giving conversation” bring up in you? Anxiety? Anger? Frustration? Guilt?

Believe me, you’re not alone. I work with clients every day in the emotional muck that’s connected to “the giving conversation.” I’m so grateful to be part of their journeys of fundraising and capacity building, but often the first step is more about mental blocks than it is about actual funding.

Ministry leaders come to me for help with fundraising and capacity-building strategy for, but most of the time they haven’t even started asking for money yet. Or, if they have, any talk about giving is a last-minute, rushed afterthought thrown into a worship service or prefaced with a hedge (my least favorite thing) like “I’m sorry” or “I hate doing this, but.”

Not only can we do better, friends, but WE NEED TO DO BETTER. God’s call on our lives depends on it.

So I’m going to give you a sneak peek into my mindset work with clients, to help better equip you to overcome some common mental blocks when asking people for money:

Mental Block #1: “I hate fundraising for my salary.”

This is a really big one, especially for new faith community leaders.  You’re probably dragging your feet because of this mental block, big time.

First, this is a big VALUE JUDGMENT on yourself. As if you don’t deserve to get paid for the work you do. As if what you’re doing to build God’s kin-dom isn’t “work.” Well, it is. You are doing work. You deserve to get paid for it just as much as anyone else. Even in ancient Judaism, at the Temple talked about in the Gospels, offerings helped feed clergy and staff.

Second, this mental block is sometimes followed by, “I’d do this for free (or I’d do this anyway), if I had to.” That’s a one-two punch right there. I can promise you that while your sentiment might be lovely, it isn’t as truthful as you might hope.

If you don’t have a salary to run this ministry, what happens then? Would you take a church or another job part-time to bridge the gap, and divide your attention? Would that (comfortable, albeit not ideal option) suck your soul out, so you have far less time and emotional capital to spend on building this new thing?

How can you get around this mental block?

First, when mainline churches ask people to give, do they worry about asking people to pay their salaries? Generally not. Because giving is looked at as something larger than “the pastor’s salary” – it’s looked at as helping further God’s mission in the world through the work of the church.

Your unique ministry idea is no different. Sure, most of the funding pays for your salary. But without you having a salary, where does the VISION of the community end up? It ends up unfulfilled. God’s work cannot get done because you’re not able to FOCUS on building what you’re called to build.

You are asking people to invest in a ministry, invest in the possibility of a new project or community. You are asking people to invest in the hope that the new community will change lives. And those things won’t happen without you, at least not at this point. (And if you think it can happen without you, we’ll have to talk about impostor syndrome, but that’s a topic for another blog post).

Mental Block #2: “I don’t want to be like THOSE religious people.”

Oh, the “straw man” argument. This happens to me all the time as a Mom, I have some strange voice inside my head that says, “Don’t be that Mom. Wipe your kids’ face off, it looks gross.” Or “Don’t be that Mom who buys Valentines Cards for your kid, make them like the Pinterest Moms.” Generally speaking, “that Mom” or “that person” ends in a judgment against yourself (with an invisible comparison).

Don’t get me wrong. Televangelists are NOT HELPFUL in this argument. That’s what we think of, right? You don’t want to be “that pastor” who has a helicopter and 10 fancy cars, because they sell fake holy water that comes with guaranteed miracles. Because they exist, I know. And they do sow some mistrust of religious institutions and clergy.

But before you start worrying about what other people think, take a minute to examine your own predispositions, stereotypes and mistrust about giving in general. They might come from televangelists, but they might also come from closer to home. How did your parents talk about church giving? Did they talk about clergy as “thieves” or get frustrated about the offering plate?

How can you get around this mental block?

Ask yourself, “Who are ‘those’ religious people?”
Take some time to dismantle the “straw man” and see where your distrust really comes from.

If you don’t trust church giving, you’re going to have a hard time talking to other people about giving. It’s okay. It might take time for you to start to trust in the process, and you can build in as many transparencies and accountability structures as you need.

Be honest with people about your hesitancy and your journey. There’s a difference between “I’m sorry to be asking you to give” (aka the HEDGE) – consider instead:

Try not to state the mistrust of church giving as a fact. Consider it as your own truth, if that feels right, but it is not a universal. You can actually do harm and sow seeds of mistrust if you state it as fact, because people will believe you! Have the conversation about trust and giving, don’t assume you know where people are coming from (and be comfortable with where you are coming from, wherever that is).

Mental Block #3: “I don’t want to hassle people for money who don’t have any.”

I don’t know if you noticed, but there are two mental blocks linked in one here. I’ll take them one at a time.

First is “I don’t want to hassle people.” I had a client actually use the word “hassle” in place of “ask.” But that’s real. Sometimes you feel like you’re “hassling” people for money.

The ask might spark such anxiety in you that it feels like you’re hassling someone. And they might say no, so if you ask a second time does that make it hassling, then?

And goodness knows if you’re scared to ask people for money, you’re laden with guilt about whether they actually have money to give. That’s the second piece of this mental block: being afraid to ask people to give who don’t have any money.

How do you overcome this Mental Block?

Let me promise you something: you are not hassling people when you talk about contributing financially to ministry.

Let me say it again: talking about giving and ASKING people to contribute to the vision is NOT HASSLING. You are giving people an opportunity to be a part of something bigger than themselves.
That’s a gift in itself.

Giving is a Spiritual Gift and a Spiritual Discipline. Not asking people to give is like taking away their opportunity to participate in a gift, and that’s the opposite of what we want to be doing. There’s a reason why “giving gifts” is a love language: giving is one way that people actively show love and affection for something.

Maybe part of this mental block is connected to the previous one (oh, televangelists) – an idea of “taking advantage” of people in poverty by asking them to give. Economics and capitalism can feel manipulative and controlling, to be sure, and most often affects people at the lower ends of the income scale.

However, giving takes your control back. Each person gets to decide where their money and influence goes. You can not and should not be taking that decision away from people by deciding ahead of time if they have enough money to give or not.

I want to use the story of the Widow’s Mite in Mark 12:41-44 to talk more about this mental block:

How does this Scripture make you feel?
When I first read it, I felt guilty. That I am not giving enough, and that she gave everything.
Then I felt frustrated, that I don’t have her level of faith.

But then I thought some more. What if someone had turned her gift away, saying “you don’t have a lot of money, keep it and we’ll take care of the ministry.” What would that have done to her? Shamed her, maybe? Thinking that her money wasn’t as good as everyone else’s for the work of God?

So don’t stop yourself from asking because you’re guilty or afraid.
Start asking because everyone deserves the gift of giving, to build God’s kin-dom.

What are some mental blocks that you struggle with when asking people to give?
Are there any other Bible stories that come to mind when talking about giving that you’ve found helpful?

Need some help working through your mental blocks?
Set up a consultation with me so we can talk more about what’s holding you back.

If you’re building something from scratch, you’re going to have to know how to ask people for money. Essentially, you need the skills to become a Ministerial Entrepreneur, whether you’re building a church or a...

Fundraiser? Chicken BBQ? Rummage sale? Golf tournament? Church fundraisers can be confusing to navigate, which do you choose and why...? Let's try a different approach. 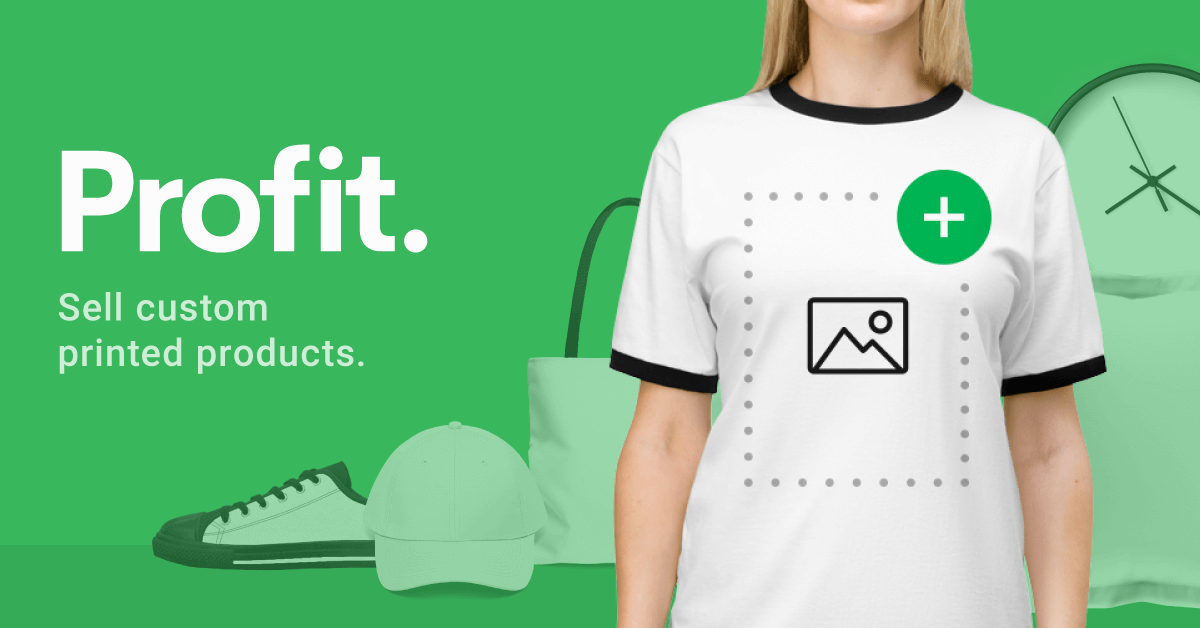